Home » White River » Shipping Could Soon Return to the White… 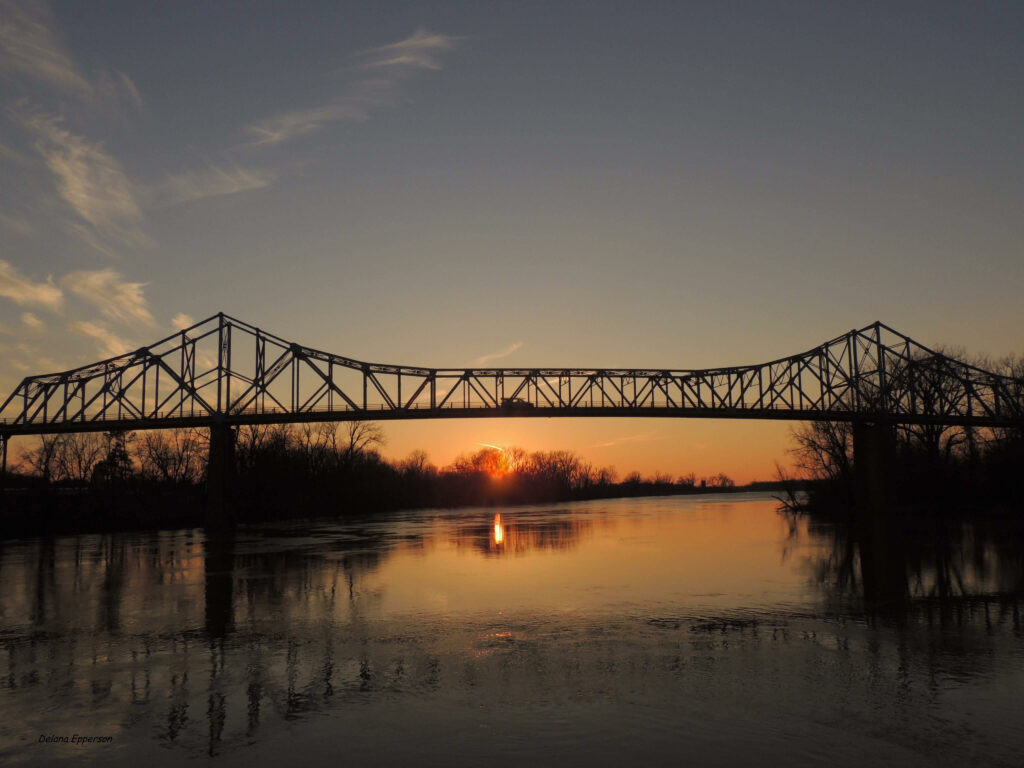 (originally published in the Jonesboro Sun on 29 May 2018)

By Todd C. Watson, Special to The Sun

Since 2015, there has been zero commercial shipping on the White River.  This marks the first time in more than 200 years that there have been no commercial vessels of any kind carrying goods up and down the largest navigable waterway in Northeast Arkansas.

Many people in the region believe that the decline of river transport has been a disaster for the communities along the river.  And thanks to a coalition of public interest groups, concerned citizens, and business interests, shipping may be about to return.

The White River runs more than 700 miles.  It springs from the Ozarks in Northwest Arkansas, runs up into Missouri, and then winds back down.  It cuts a broad path through the northeastern quarter of the state, and ultimately spills into the Mississippi River in Southeast Arkansas.  The last 250 miles of it are navigable, meaning deep and wide enough to allow the passage of barges and other large vessels that transport goods.

This final stretch of river has been used commercially since the 1700s, first by French traders and trappers who came upriver on long keelboats, then by enterprising American settlers and their descendants on steamboats and barges. Many of the towns along this stretch — including Jacksonport, Newport, Augusta, Des Arc, DeValls Bluff and Clarendon — were founded as ports, built to load and unload the numerous ships coming up and down this natural highway.

For many years, merchants and farmers throughout Northeast Arkansas relied on the White River and the port towns along it to receive goods from all over the world via the massive network of rivers connected to the Mississippi River, and to send out their products by the same means.  But during the course of the 20th century, as rail and road traffic became ever more prevalent, the river was poorly maintained, which allowed fallen trees and silt to build up in it.  As the river was maintained less and less, it was used less and less.  At the same time, the once prosperous communities along it dwindled and declined.

There is, however, still a large amount of commercial activity in this region.  Low-lying and threaded with streams and rivers, Northeast Arkansas possesses some of the most fertile farmland in the country and is under heavy cultivation.  The region also contains vast stores of natural gas and the particular kind of sand used for fracking, which is often found in riverine areas.

Aside from farming and natural resources, the region is home to many corporations and manufacturing facilities that take advantage of the relatively low cost of doing business there.  All of these businesses require regular, large-scale freight transportation for getting their goods to market and receiving the necessary supplies to continue operating.   And as of 2015, all of them rely entirely on trains and over-the-road trucks.

“Most people don’t understand how cheap and efficient waterways transport is,” said Gene Higginbotham, former director of the Arkansas Waterways Commission.  “The difference in cost, and in damage to infrastructure and the environment, is staggering.  If a given ton of goods costs $1 to transport by trucks, then it costs 75 cents to ship by rail and 25 cents to ship by barge.  At the same time, river shipping does no damage to roads or railways and uses a fraction of the energy required by trucks and trains.  That means it does a lot less damage to the environment.  The White River is simply an incredible asset to the state of Arkansas, and it makes no sense for it not to be used.”

Many farmers and businesses in the region know these facts well, and have spent decades trying to encourage politicians to dedicate resources to clearing out the blockages in the river and maintaining it regularly again.

“We have been trying to get this done for a long time,” said Jeff Rutledge, a prominent farmer and businessman in Jackson County, where Newport and Jacksonport are located.  “Farmers want to use the river.  Being able to receive the inputs we need and ship out our products at a fraction of the current cost would be a game changer, not only for the farmers here but for the local economy as well.  The savings that we would get from that would go right back into our businesses and into our communities.  Not enough people know how big of a deal this is.”

Apart from lost benefits for existing businesses, the region has lost numerous opportunities for new business investment as well, and the jobs and growth that come with it.  Jackson County sits at the head of navigation, meaning it is the point farthest north that barges can reach.  That makes it a natural place for an intermodal port facility, where trucks and trains from all over North Arkansas could come to pick up and deposit their freight on barges.  But that requires the river to be maintained.

“We have missed a lot of opportunities because of this,” said Jon Chadwell, executive director of the Newport Economic Development Commission.  “We have excellent railroad infrastructure, and I-67 (which is the future I-57) runs right through here.  And then we have this big beautiful river.  Newport is perfect for intermodal transport.  During the past several years, numerous companies have approached us about exactly this, wanting to locate their businesses in Jackson County.  But they need all three forms of transport, and when they realize that the river is no longer maintained, they go elsewhere.”

None of this is new.  The decline of the White River has been the subject of intense debate and community activism for a generation.  Throughout that time, concerned citizens like Harvey Joe Sanner, chairman of the Arkansas Waterways Commission, have waged a tireless campaign to revive it.

“One problem we’ve had is that people have tended to view this as an ‘us versus them’ issue,” said Sanner.  “But it isn’t.  We can have commerce and abundant recreational activities on the White River, all while conserving the environment for native species.  We did that for a very long time.  And renewed commerce would bring investment, which would allow us to fund additional conservation and recreation initiatives.  This is a win-win situation if there ever was one.  We just need to raise public awareness and motivate the political will.”

But now a dynamic new player has emerged on the scene, and is talking about leapfrogging over this Catch-22 and investing the necessary time and resources itself.  Missouri River Services, a transportation and logistics company based in Stilwell, Kansas, has made a name for itself over the past several years by expanding shipping on the Missouri River, in places previous transportation companies considered impossible.

“We look for these niche markets, where there seems to be huge potential for development and growth, but that have been passed over for whatever reason, and we find ways to make it happen,” said Randy Weibrecht, director of business development for Missouri River Services.  “I was doing market research, and I came across the White River. The more I read about it, the more I realized that this is an incredible opportunity, not only for our company but for the whole region.  We are very excited about this possibility, and are coming to Arkansas to begin a 60-day study.  If all goes well, we may be in a position to invest the resources and develop the infrastructure ourselves.”

This kind of optimism may be music to the ears of all parties concerned along the White River, but Missouri River Services will still need the assistance of state and federal politicians, and the U.S. Army Corps of Engineers, if its bid to restore the river is to succeed.

“The inland river systems are federal assets with several beneficiaries reaping rewards,” said Deidre Smith, director of the Arkansas Waterways Commission. “But in order for the White River to be fully restored, Congress has to allocate the necessary infrastructure funding. Farmers and industry leaders should be demanding that it does so.

“I am thrilled that Missouri River Systems is looking into innovative ways to reinvigorate navigation on the White River,” she added. “If it is successful, it will give the Arkansas Waterways Commission leverage when seeking the necessary infrastructure funding, and it will provide a perfect example of the strong desire and need to utilize this essential asset in Arkansas.”